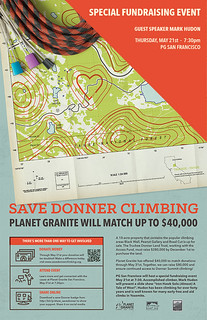 Earlier this year, the Truckee Donner Land Trust & Access Fund announced they had teamed up to purchase and save climbing access on some key land on Donner Summit.  To do so, they need to raise $280,000 to purchase the 10+ acres of land that is home to crags like Black Wall, Road Cut and Peanut Gallery!

Since climbing in Truckee is a weekend getaway for many of our members and staff, Planet Granite jumped in and offered to match up to $40,000 of funds raised between April 15th and May 31st.

The community was awesome and funds started rolling in!  However, as of May 15th, we had raised only half of our match.  With just two weeks left, the community pulled together, calling out to friends and spreading the word!  Even Chris McNamara of SuperTopo auctioned off Tommy Caldwell’s Dawn Wall gear and split the funds received between the ASCA and Save Donner Climbing! 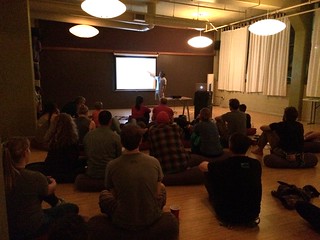 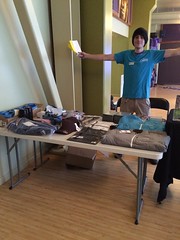 On May 21st, Planet Granite San Francisco hosted a special fundraising event, complete with raffle prizes and a guest speaker Mark Hudon!  With more cash raised and even more word spreading about the need to raise money, we’re excited to announce:

WE HIT OUR GOAL!

Over $48,000 was raised between April 15th and May 31st – the most money we have ever raised in just 6 weeks! Thank you to everyone who donated, told a friend or helped out!  This success is as much yours as it is for the Truckee Donner Land Trust.

We’re so excited to donate over $88,000
to help Save Donner Climbing!

But it’s not over yet. To date, they have raised $160,000 and still need to hit their $280,000 goal by Dec 1st in order to purchase the land.  Help spread the word and let’s keep places like Black Wall open to climbing forever! 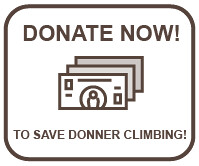