On September 26th Planet Granite Belmont opened its doors to over 300 climbers, all ready to test themselves against the setters’ best for BLOC PARTY 2014.  Climbers of all ability levels worked for hours on the problems, and were not disappointed. High finishes, creative sequences, and smooth flowing climbing at all difficulty levels made this set of problems great! 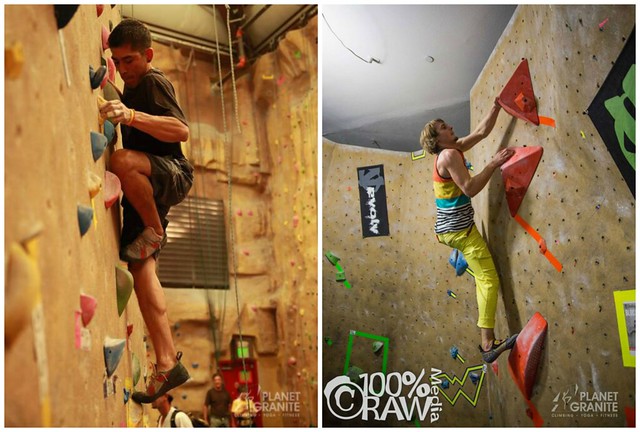 Several problems stood out for their popularity: #26 demanded balance and controlled movement on the smallest of crimps. #25 had a near-constant crowd of climbers working on the beta, with the most popular choice being a high left heel to a tricky left-hand cross. 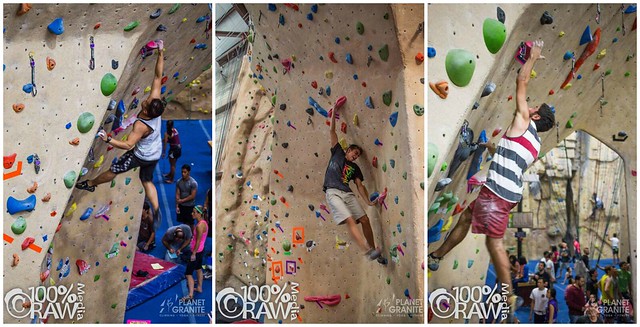 However, by far the most popular climb of the night was #35, set in the lead cave.

Matt Irwin, one of the night’s winners and a Climbing Team veteran, thinks the reason for this popularity is clear: “The climb is a triple dyno with a big heel hook. Its really cool.”  From 4:00pm to 9:00pm, packs of climbers gathered around #35 encouraging each other to commit to the big horizontal and vertical moves!

And of course, the event would never have gone so smoothly without the hard-working staff at the front desk and on the floor! 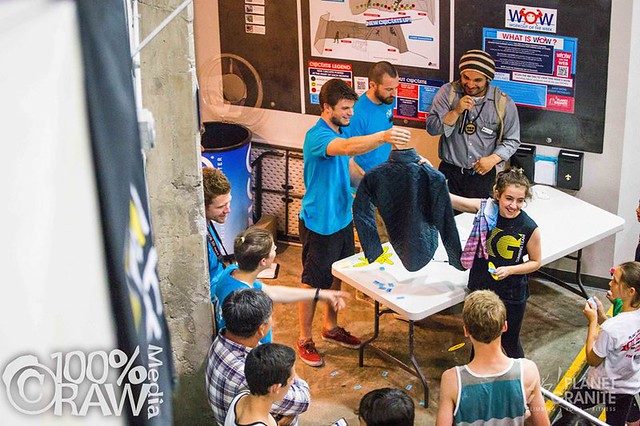 At the end of the night climbers gathered together around the prize table, and eagerly raised their hands towards the balcony where Chelsea was poised and ready to rain prizes down onto them. After a five-minute-long shower of stickers, bars, brushes and other small gear items, everyone had their hands full of goodies.

Finally, it was time for the results!

Last stop in the tour AND the ONSIGHT SERIES FINAL! 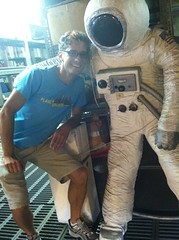 ABOUT THE AUTHOR: Jesse has a passion for education, climbing, and being outdoors with friends. Now back in the Bay Area after several years of traveling, he can often be found talking with friends and drinking tea in the gym between climbs. He loves the PG community, and is psyched to take both his training plans and the PG Belmont youth programs and community events to the next level.