As climbers, most of us have felt the awesome impacts that climbing can have on us as individuals and on our local communities. Ideally, the continued growth in climbing and the development of new climbing areas in new communities will continue to have a positive impact and foster our community. That is our goal for Loreto and Comundu, two small communities in the incredible Sierra Giganta Mountains in Baja California Sur.

What started out as a trip to discover a remote climbing area has developed into something much greater. A few locals from both towns were very interested in what we were doing, so we offered to take them out climbing. As local interest grew we decided to help kick-start a local climbing community. With the help of Sebastian Del Valle, a La Paz Area climbing guide, we arranged community climbing days that were open to the public.Read More…

Planet Granite Gives Back – A Year in Review

Giving back to the community that makes us who we are is one of our core values and we strive to live that core value throughout the year through fundraising, clean ups, partnerships, and donations of time, access to the gym, and money.

Since the start of our Give Back program in 2010, we have given 1% back to the community and will continue to give back in 2018. We focus on 3 different areas for our donations – climbing, the environment, and under-resourced youth.

Overall, we donated over $105,000 in 2017. We would love to share the stories from some of the organizations that our Giving Back partnered with. Read More…

This year, Planet Granite was lucky enough to be able to donate $5,000 to the SharmaFund, a non-profit who dedicates their time to giving underprivileged kids the experience of rock climbing. Lisa, one of the SharmaFund’s coordinators, shares her experiences with the group:

In the video, you will see a couple of different groups that we’ve been doing ongoing trips with this fall. One is a middle school group from Bishop (Home Street Middle School), and the other is a middle school group from Big Pine (Big Pine Middle School). You will notice the happy faces of the young climbers, who only recently got introduced to the sport through us. We take them to a few different spots around the Bishop area. In the video are the Fish Slough Boulders and the Happy Boulders. These kids had never been to either spot before.
Read More…

ASCA Fundraiser Success – What your Donations Mean to Outdoor Climbers

How do you know when to trust the gear on which your life depends?

The ASCA gives money to local climbing organizations to help with their efforts to rebolt areas or, through the help of volunteers, the ASCA rebolts areas itself. One of the local California crags that many of us have climbed at is Pinnacles and through the efforts of the Friends of Pinnacles rebolting team, they have replaced quite a few sketchy bolts.

Bruce Hildenbrand is the president of Friends of Pinnacles and has quite a few stories to tell about the rebolting efforts at Pinnacles that get their bolts from the ASCA and with other climbing organizations like the Access Fund.

A few weekends ago, PG staff headed up to Yosemite to climb, hang out, and volunteer! This year, staff painted an old railway turntable in El Portal. The turntable was in pretty bad shape but the park and Yosemite Conservancy have been restoring it and it needed a new coat of paint. Needless to say, in 100 degree heat, it was a hard job but with a beautiful river close by and some great camping and climbing leading up to and after the job, it was well worth it!Read More… 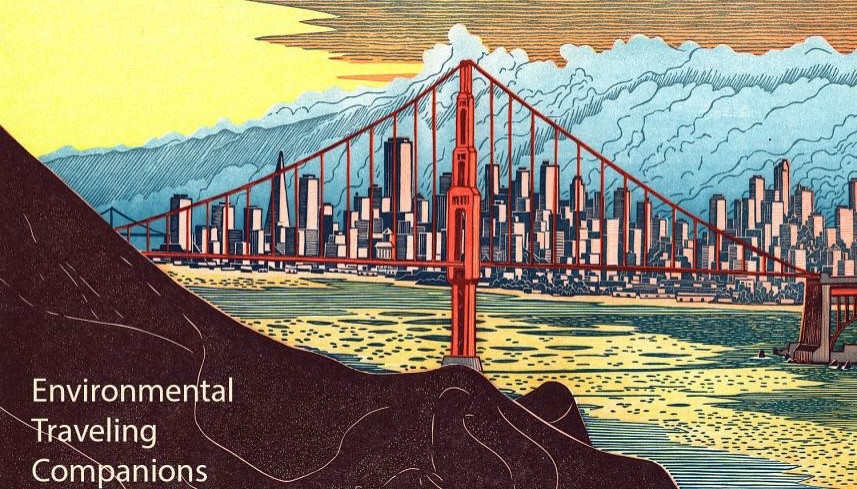 Planet Granite is proud to support charitable organizations who offer outdoor experiences to people who don’t get many such opportunities through our PG Gives Back program.

YOU Could Rappel From the SF Hyatt Regency, With Just One Share…

Here at Planet Granite, we are passionate about climbing, community, and like you, our members, we care about doing good in the world.  That passion is at the core of our $1/member per month charitable giving, and it’s why we’ve contributed more than $80,000 to Outward Bound in the last five years, supporting their work of bringing underserved youth climbing and exploring outdoors.
Read More…