How to go from climber to Ninja Warrior

The one and ONLY finisher tonight!

Congratulations to Josh on finishing the Los Angeles qualifier course, the only Ninja to do so!   He’s the reigning PG Friction Series champion, and a superb American Ninja Warrior as well.

Read on to find out how he made the leap from climber to warrior: 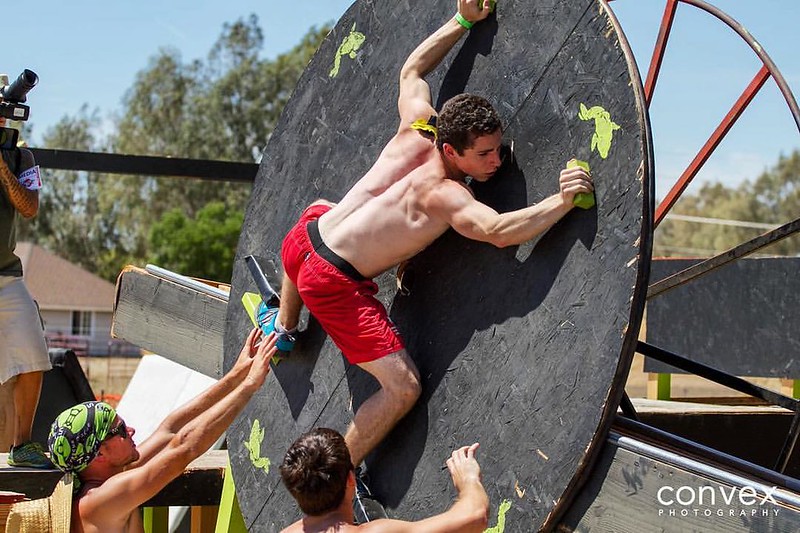 American Ninja Warrior is a TV phenomenon, and it’s also a competition built for climbers: contestants leap, hang, cling, and shimmy through fantastic obstacle courses, and they need body weight strength and composure to do it all.

Climbers like Meagan Martin and Kevin Bull have been huge stars on the show, and the takeover continues this season, with Bay Area climber and PG friend Josh Levin taking up the challenge.

We reached Josh in Colorado where he’s training for the show with other climbers, and talked about how he got on the show, what it is that makes climbers do so well at Ninja Warrior, and why he hopes his appearance will lead to something greater than just a performance in a competition.

Josh: I’m in Colorado training right now with a group called the Wolfpack.  They’ve been creating Ninja-specific obstacles for a long time.   I’m super-psyched to be training with them. They all have tons of experience, mostly live out here in Boulder or Fort Collins and that’s where a lot of the training happens. They’re all climbers.  That’s kind of what brought them all together in the first place is their passion for climbing.

The high-level mission of Wolfpack is to reduce childhood obesity and keep kids active and healthy.

PG: What’s the motivator for you–are there different reasons to be on Ninja Warrior, instead of competing at climbing, or climbing outside?

When you’re on the show, you’re not just having fun.  It is fun, and there are a lot of top level athletes…it’s also the chance to share something that is going to be socially inspiring and have a real impact.

PG: And you chose to talk about Stacey Li Collver, member of the PG community for whom we host the annual Mt. Everest Climb-a-thon for.  Stacey has a rare lung disease and needed a transplant.

Josh: Right.  Stacey was my first ever climbing coach and got me into the sport when I was four years old.  She’s been one of the most significant influences in my life.  I felt like this was a perfect opportunity for me to give back to her and share her story, which is really powerful. 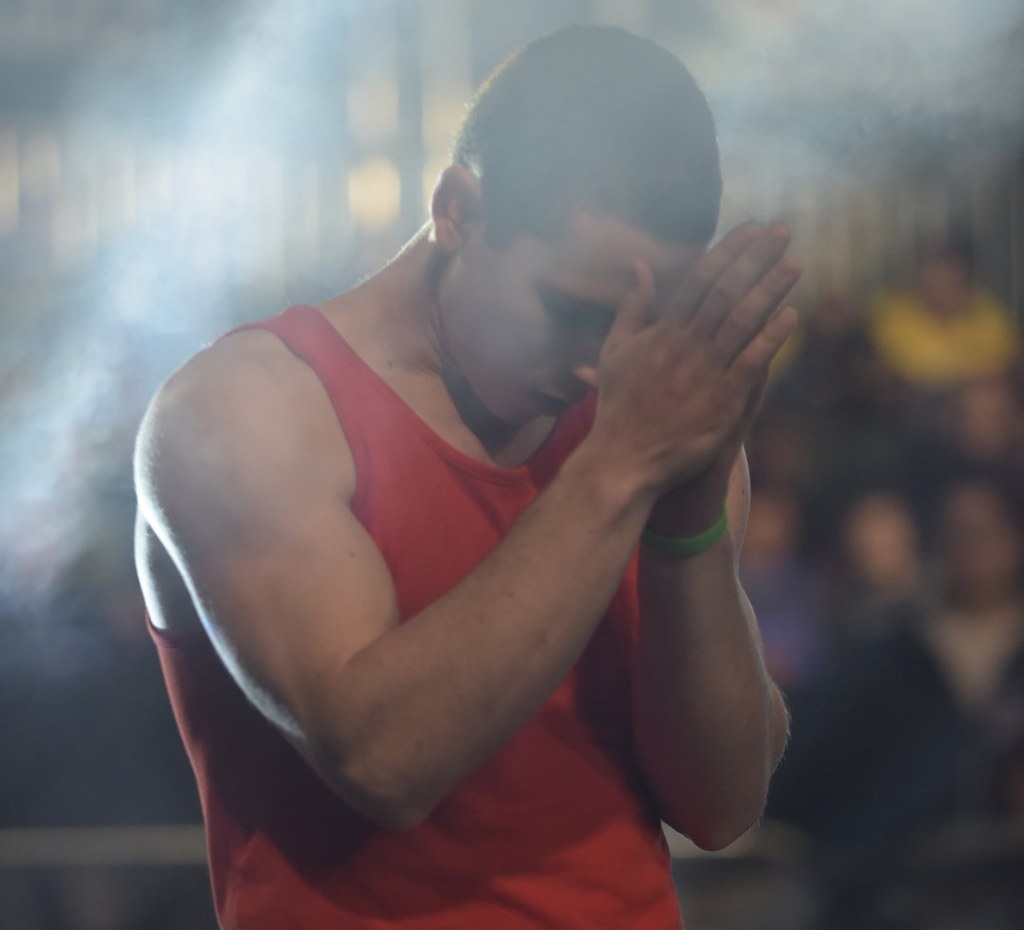 Josh, on Ninja Warrior, wearing a green bracelet that says “Give Life”

Stacey needed to have an organ donor to get the organs she did.  For me it was a no-brainer, when I signed up for my driver’s license, yeah, I’ll be an organ donor. Only about 50% of people over the age of 18 are registered organ donors.  It was shocking to me.  Like “no way, that’s way too low.”

I realized with this story that’s so powerful I can make a positive change in the world.  This story is hopefully something that can resonate with people, who can say, I had a coach who was important and really impactful to me.

PG: Does being a climber give you a big advantage with Ninja Warrior?

Josh:  Essentially coming from the competitive climbing background I have, the youth climbing , Ninja Warrior is not nearly as high pressure as I thought.

It’s absolutely super fun. It’s really natural to be able to play around on all these obstacles they have. There’s a lot of climbing crossover, but other sports you have to utilize too.  I did Chinese acrobatics, martial arts when I was younger.  All of that helped out in terms of overall body awareness. 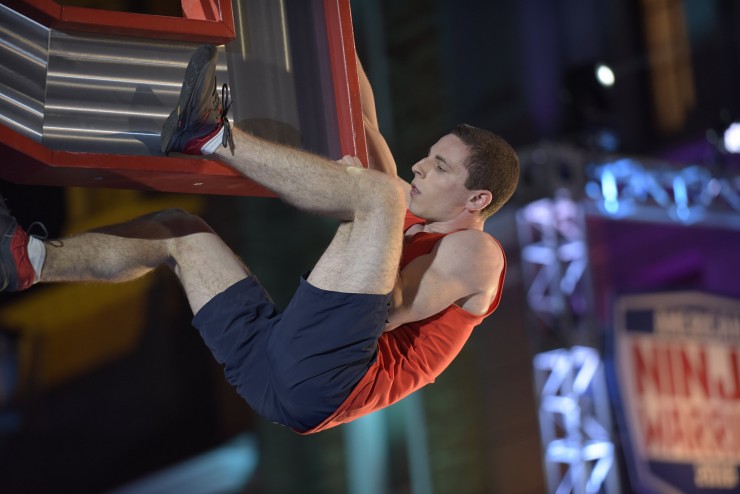 The trickiest part is just getting on the show itself. This year there were over 75,000 people that applied and they only took 500 to try out.

One of the biggest things that helped me, to be honest, was I went and checked out the qualifier regional course a year ago in Venice Beach.  Being able to get a feel for how the competition was run, how it goes with TV setup and interviews and people running the course, definitely gave me a really good mental edge coming in to it.

PG: How should climbers get into the Ninja Warrior scene?

Josh:  Just watch the show, and find your local climbing gym and parkour gym.  The community for Ninja Warrior is just like climbing, everyone is super psyched…without fail, people are nice and down to earth and willing to help you out.

Best of luck to Josh as he continues to carve his way through the obstacles.  Look for him in ongoing episodes this season, and hopefully in the finale in July! 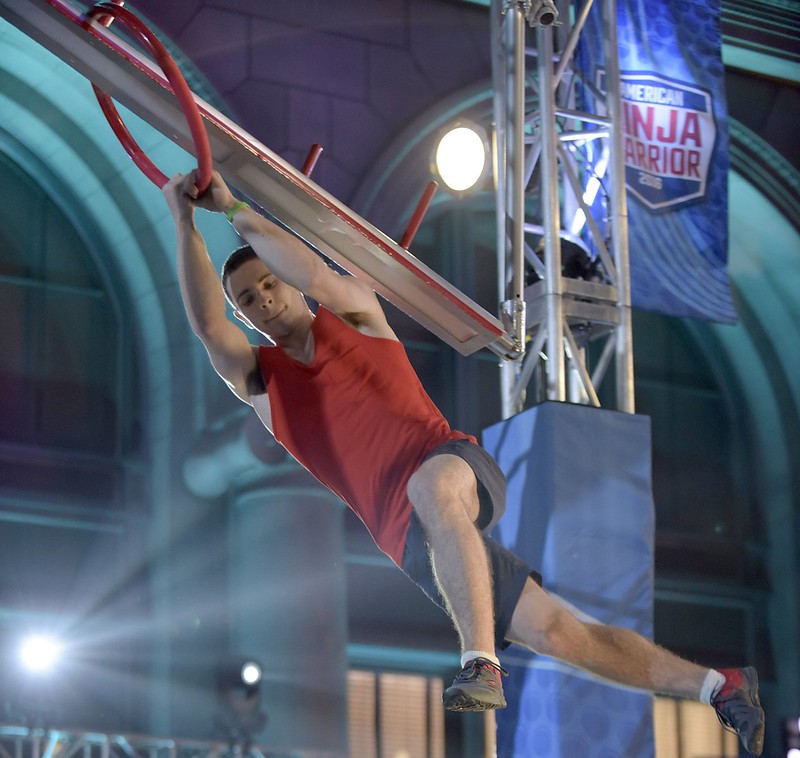