Josh Levin's Journey From Shoulder Tear to the Maw of "Jaws II" (5.15a) 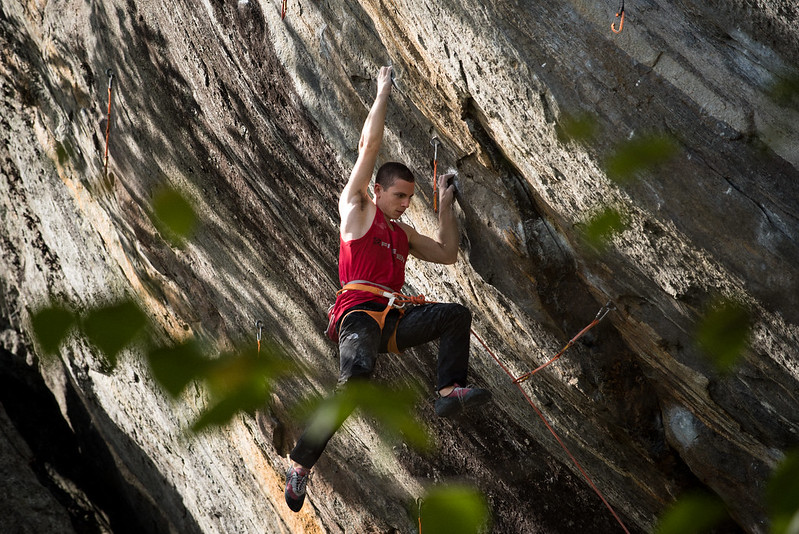 You may know Josh Levin’s name already: for years he trained in Sunnyvale as a member of Planet Granite Team.  In his years on team, he set USAC records, spent years as undefeated national speed climbing champion, and won the North Face Young Gun award.

Since then, he’s climbed as a North Face, Five Ten, Petzl, and Clif Bar athlete, ticking V12’s and 5.14’s.  He’s also battled back from the toughest climbing injury in his career, a torn shoulder labrum, a roller-coaster that’s kept him from climbing at his peak for the past year.   Josh was kind enough to answer a few questions about his recovery and his current climbing.

PG: So, how exactly did you hurt yourself, and how quickly did you realize how serious it was?

Josh: In July of 2014 I tore my labrum in my left shoulder. The type of tear was a type 2 Slap tear and it was during a couple different things. First, I was warming up to fore-run before a competition—I was a demonstrator for a climbing competition route at USAC youth national championships in Atlanta.

I did a move where I swung through and campused just on my left arm, and as I swung past vertical, I felt a pop.  As soon as that happened, I dropped off and assessed it and I thought, it seems to be OK.  The pain went away and I kept climbing.

After a couple days, the pain increased, but not enough to make me stop and see a doctor. A few days later I did a Ninja Warrior course.  I completed it, but during that course my shoulder was in extreme pain. During an obstacle called the salmon ladder, that was the worst.  I did it, but it really hurt.

PG: So then you saw a doctor?

Josh: I saw a physical therapist, who told me I shouldn’t go to a PSICOBLOC  (rope-free over water) competition, so I didn’t. They told me I probably had bicep tendonitis.  They gave me exercises and they told me it’d get better eventually.

From that point onwards, through the rest of the fall I was just seeing a physical therapist, who did deep muscle massage, and was rehabilitating with the hope it would heal over time. I did very little climbing. The only climbing I did do was with the climbing team I founded at school, the Northeastern Climbing Team.

It was very hard not having climbing as a part of my life, which it had been for the previous 16 years.  I actually became less productive because I didn’t have that athletic outlet when I had stress at school or at work.  I didn’t have stress release.

It was getting towards the end of the semester.  I’d been doing physical therapy for four months.  I was wanting to get back into climbing, missing my friends, missing being active, wanting to try out for Ninja Warrior. That was what lead to my decision to go back and try climbing.

PG: You knew you needed more than physical therapy.

Josh:  Yes. So, I went to a doctor in Boston, this was December 2014, I got an MRI with dye injection, it helps them see if there are any tears at all. It was a small tear.  I had the results analyzed by a doctor in Oakland, Dr. Steven Isono—his big claim to fame is he’s the doctor for the Warriors and the U.S. taekwondo team. He also did the exact same labrum surgery with Beth Rodden and PG coach Hannah Donnelly.  A bunch of climbers went to him and all recommended him.

He offered a diagnosis, which was: If you want to compete at a high level again, you have to have the surgery.  If you have the surgery and work hard, you can climb at 110% of where you were. It will be a blip but not the end of the road.

I had the surgery Dec. 22, 2014. It was painless.  There was no point I was in pain throughout the surgery and recovery.  It was one of the least painful climbing injuries I’ve ever had.  But it took me the longest to recover from. 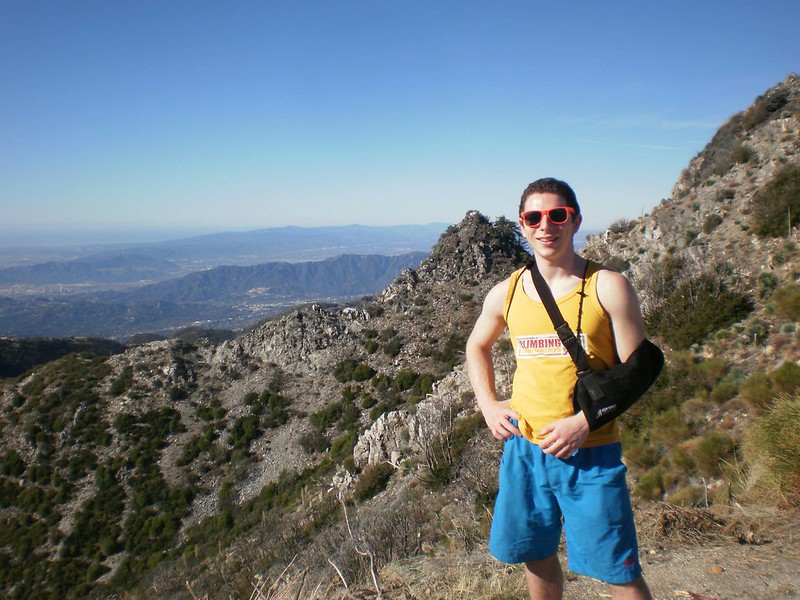 PG:  So, during this recovery, you couldn’t climb at all.  How did you stay in shape?

Josh: The first four weeks, I was wearing a sling on my left shoulder. I couldn’t really do much.  After the four week mark I was able to take the sling off, and started to do physical therapy again in Pasadena.

During that time the only thing I could athletically do was hiking.  I’d never specifically gone on hiking trips before, it was just hiking to the crag.  It was a really nice mental break for me to take a step back and realize there was more to life than climbing.

The job I had at NASA’s Jet Propulsion Laboratory was really cool, I was working on the Mars 2020 Rover Project. I got really lucky being placed in that group—Planetary Sample Acquisition Handling. 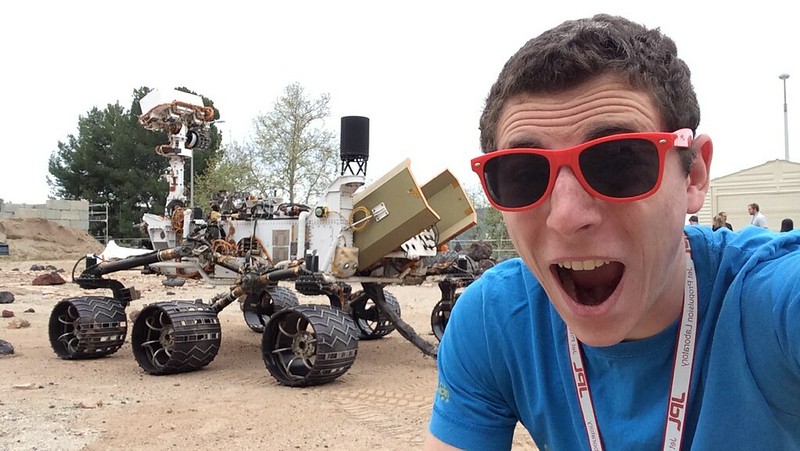 We were working on the Mars Rover’s robotic arm and drill. The building I was working in has a 10-foot-diameter vacuum chamber…we put rocks from around the southwestern U.S. around the chamber, to mimic the types of rocks the rover will find. We had some basalt, some Bishop tuff, the same rock we climb at Bishop.  That was pretty cool.  Now I know where NASA gets their rocks.

My main job was to characterize what would happen to the drill over time.  It was really fun, and it took my mind off being injured.  I was working on a team of people that were so passionate about their job. I’ve never been around a group of people who were as excited about their job as I am about climbing.  Being around them, realizing that the skills and attributes I’ve learned from climbing, namely teamwork, problem solving, that those can be applied to real world problems…that was a really cool realization for me.

PG:  How long did it take before you started tip-toeing into climbing again?

Josh: At the four month mark from my surgery, in late April, I finally got the green light to climb from my doctor.  I was super-psyched!  I hung up the phone and starting jumping all over the place.

First time I went to a gym in L.A.   Then I did some outdoor climbing in Malibu Creek, Sequoia National Park, did bouldering out there, then climbing in Yosemite.  I trained in the gym during the week, and worked back into everything very slowly. I still do my elastic band exercises every day before I climb. 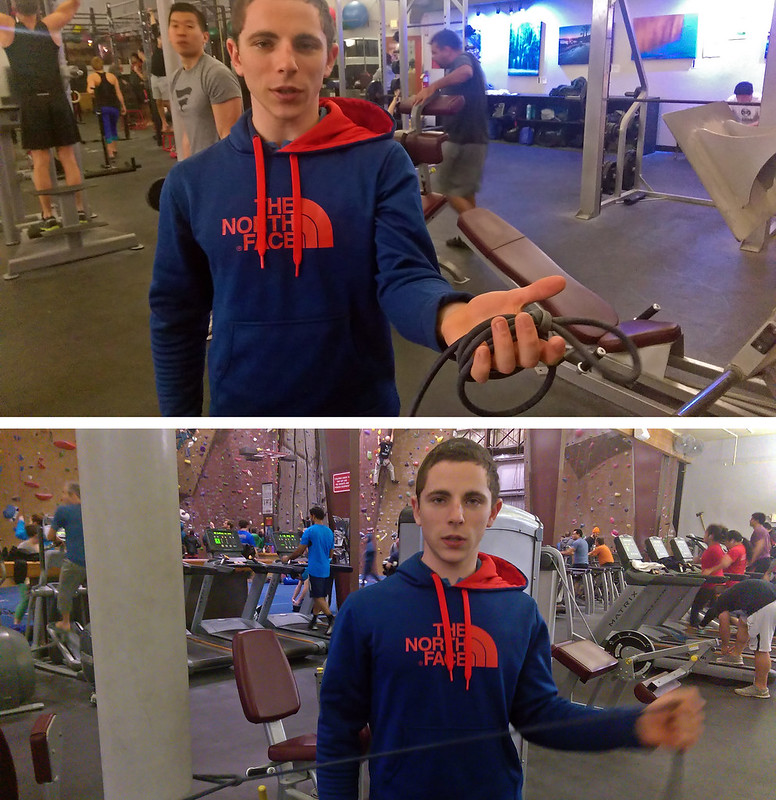 PG:  So how strong are you now, compared with pre-injury?

Josh: If not better (than before my injury), I’m climbing at 95 percent of it.

My big goal for last fall was to climb this route at Rumney (New Hampshire) called Jaws II.  Jaws 2 is 15a, and it was my biggest most ambitious project to date.  My doctor told me to take one year off of competitive climbing, so this was my big goal.  With outdoor climbing, I have much more control over what sorts of moves I’m doing. With competition, you never really know and the adrenaline gets so high, you never know what will happen.

That was cool to work through and see that I was still able to do moves that were harder than before my injury.  That was really exciting for me.

I was travelling there every weekend through the summer and fall.   Unfortunately the crux move revolved around a really hard drop knee.  After working it for a while, in November, I think I injured my right knee, just from doing that move…it was 350 tries doing that one move.

I had to stop and call it a season.  Luckily (the knee injury) went away pretty fast and it’s totally OK now.  It was frustrating for me, but I still had to think of it as success because I did all of these moves and climbed stronger than before my injury.  It’s easy to think of the line between success and failure as being black and white, but it’s important to take away things you’ve accomplished rather than things you didn’t achieve. 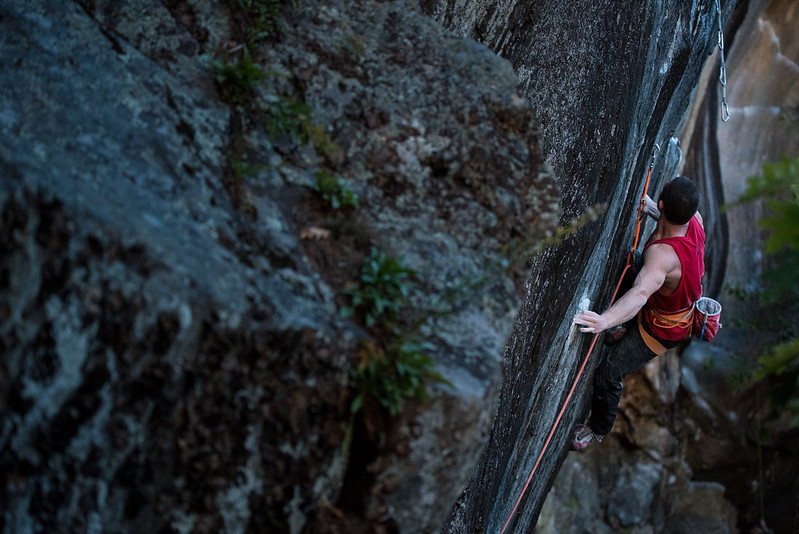 PG: What was the hardest part of the injury and recovery for you?

Josh:  The hardest part for me was the mental aspect, not knowing whether I could climb again at all, especially since climbing has been a huge part of my life since whenever I can remember.

Not knowing if I’d be able to climb at my limit ever again was really scary for me.

It felt like I was alone at first, until I discovered that a lot of other climbers had this exact injury.  I talked to Beth Rodden, I reached out to Ethan Pringle.   I realized it was not the end, that you just have to take some time off and heal.

That was probably the biggest help in this for me, the support of the community.  Talking to other people and realizing that this is not the end.

Thanks to Josh for taking the time to talk!

Since almost all climbers deal with injuries at one time or another, it’s nice to see an example of someone who successfully rehabbed after a significant layoff and returned to take on challenging climbs again. 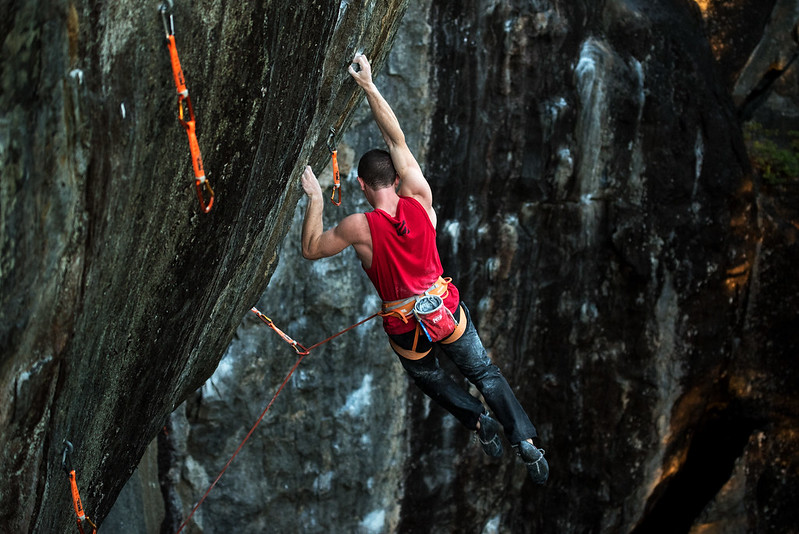