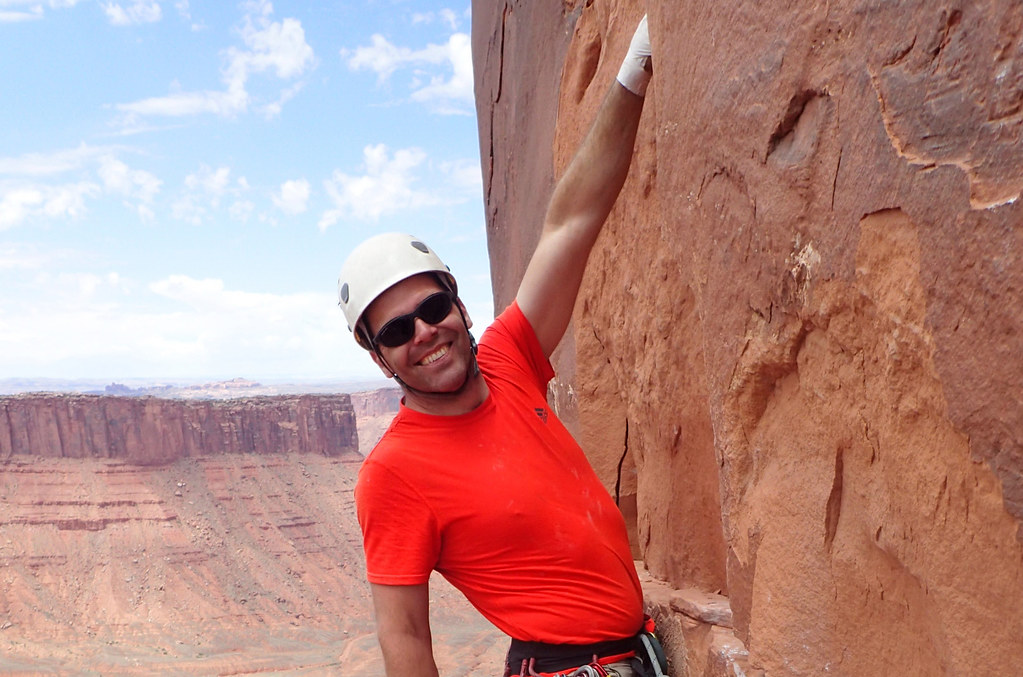 You might have seen Vince Gonor around the gym: he’s usually wearing slip-ons, and he’s always crushing. Vince is the first member we’d like to highlight as part of our BASE Fitness Challenge. We talked with Vince to get his take on Fitness Programming at PGPDX.

Hey Vince! What brought you to the fitness classes at PG?

Vince: I’ve found long-term benefit in taking classes due to the regular schedule, the “suffer together” social aspect, and the random variety in the workouts all help me attend consistently, push myself and keep winter depression at bay. More specifically, I broke my femur in April of 2014 after reaching a new peak of climbing and general fitness. I spent that summer recovering and lost a huge amount of fitness and was starting back into Crossfit but was getting injured frequently due to the emphasis on heavy lifting.   I was also interested in a high-intensity class that had more power-endurance emphasis than Crossfit. I found that mix in the F10 (particularly Matt’s Wednesday class) and the Total Body class with Ilea.

Were you training for any goals outside the gym?

Vince: I wanted to be able to regain strength and function in my broken leg and be able to do long approaches, run and climb again—ideally without pain. I also wanted to get back to the peak level of strength and fitness I’d achieved in Crossfit.

How have the group fitness classes at PG helped you achieve these goals?

Vince: In addition to the obvious injury recovery and conditioning benefits, Matt and Ilea have both talked about pushing past the “I’m done” point by one more rep or one more climbing move. That has really helped me work on pushing my failure point more consistently than I’ve done in the past. They are also both really good at circulating in the class and giving folks feedback on their form.

What are some of the biggest differences you have noticed in your body since taking classes?

Vince: Since I started with mediocre function in my left leg, the most dramatic change is that my left leg works properly and, although it sometimes still hurts to do lunges, it doesn’t hurt in the rest of life. My core strength/stability has surpassed the peak I had achieved during my Crossfit stint and I haven’t ended up with the same “all show and no go” muscle mass. 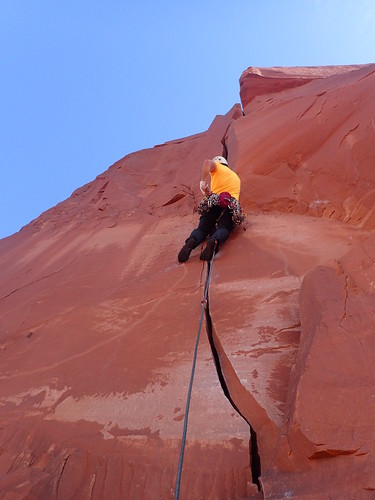 What are some of the biggest differences you have noticed in your climbing?

Vince: Last year, I was having to work for 5.11’s in the gym and could barely get 12s. Last week, I tried the white 13B on the steep twin-crack wall before it was labeled and actually got to the top with only three falls. It was quite a surprise when the grade label went up on it this week. While climbing at Trout Creek last month, I had core strength to spare when I needed to use body tension to maintain tenuous jams and stems. I was also able to on-sight a wide 11- that I’d never had the power to attempt in the past.

What are you looking forward to achieving in the next 3-6-12 months?

Vince: In general, I’m trying to break through my 5.11+/12- plateau into the 5.12+ range for sport climbing and get a consistent about 11+ trad. For specific goals, I’m training for several trips. Around Christmas, I’m planning to send Sendero Luminoso at Potrero Chico as well as Rainbow Serpent and Malignant Mushroom in the Ghost. I’m also, hopefully, heading for the Red River gorge in mid-winter and to the Ruth Gorge in the spring.

Stay tuned as we highlight three more familiar faces over the course of the month. Don’t forget, you can pick up your BASE Fitness Passport at the Front Desk. Come challenge yourself and win some prizes along the way!