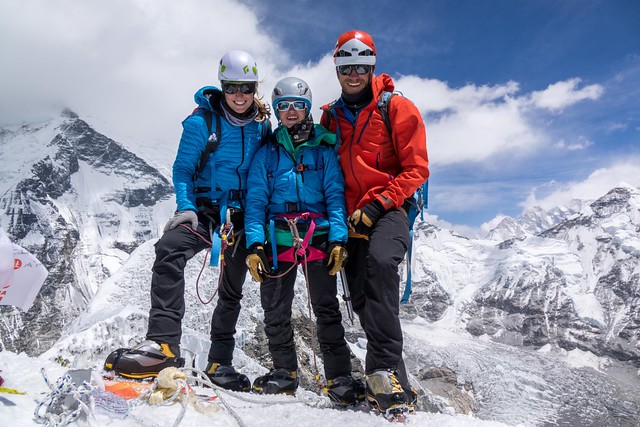 Age? Not a factor. Training? Intense and committed. The Himalayas? Her playground.

In August, curious climbers and visitors gathered round the stretching area in PG San Francisco to hear 14-year-old Mountaineer, Elliot Singer speak about her experiences. Experiences that have gone unaccomplished by the majority of climbers who are twice or three times her age.

Singer gave the crowd a Weekend Warriors presentation on a blue-foam stage in the upstairs bouldering area. That stage also happens to be Singer’s old training grounds.  She’s no stranger to the Bay. As a former PG Climbing Competition Team member, Elliot Singer left her mark on the Planet Granite family. Now she lays snow tracks all over the world’s highest mountain range: The Himalayas.

In a high-spirited atmosphere, Elliot Singer shared details of strict training and diet regiments that would ultimately bring her to the summit of the Khumbu Glacier at 16,000+ feet. Singer went on to speak about finding energy within bustling mountain towns and basecamps, where folks were constantly around and, conversely, finding peace on the long treks through the mountain’s blanket of snow. Singer expressed a bit of dissatisfaction in the struggle to remain engaged when “down-time” presented itself. With such an active lifestyle, there appeared to be a strong need to stay busy. Though Singer admitted that the trip was challenging physically, mentally, and logically, trekking through the tallest mountain range in the world was a success. Truly, what is the trip of a lifetime for some, is only the beginning for Elliot Singer. 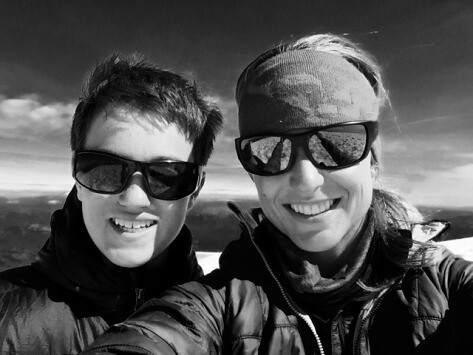 Despite having just completed an epic journey, Singer continues to challenge herself by delving into a whole new world: high school. As many climbers know, high school is a whole other mountain to crush and the law of the land must be respected.

Quickly picking up the beta, Singer humorously points out in her blog: “Don’t sit in the senior section of the cafeteria!” Who knows? Higher education may prove to be as equally challenging as summiting in Nepal!

Singer has accomplished at 14 years old what others at a much later stage in life still dream of doing. If Singer has a drive for commitment and reaches her goals at an age so young, there is no telling how far (or how high) she’ll go later on in life.

Best of luck to you, Elliot! The PG community could not be more proud or hopeful for an incredibly talented mountaineer.