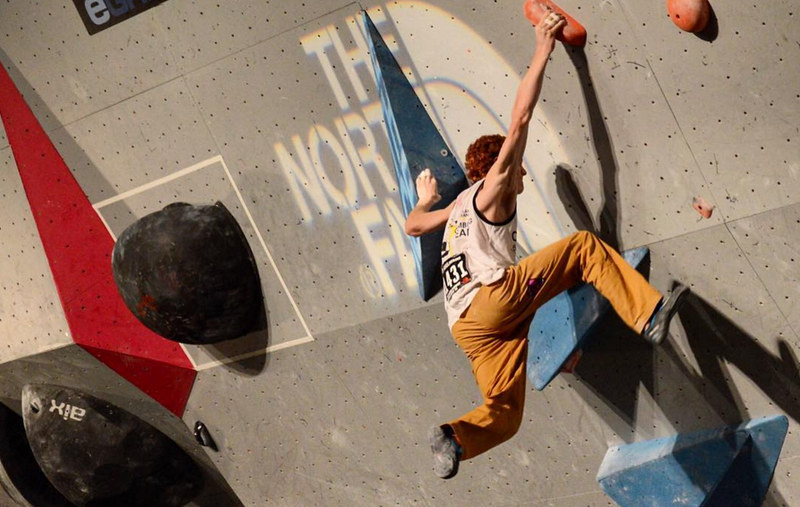 “Try hard” is a virtue that’s often called out in climbing conversation these days. Lately it’s been mentioned more than any other single skill like crimp strength, superior balance on slabs, or always-nifty kneebars.

Well if Merriam-Webster adds “Try hard” as their newest word in the 2016 dictionary, don’t be shocked if you see pictures on that page of the young climbers from Planet Granite’s Competitive Team, who did PG proud at USA Climbing’s Youth Bouldering Nationals last month in Madison, Wisc.

Congratulations go to Ross Fulkerson, who placed fourth in his category, qualifying for the U.S. team for world comps, which means he can travel to China for worlds!

And, a big thank you to Jake Scharfman, who shot comp photos featured in this post (borrowed with permission from Jake’s Instagram), and who himself fought the good fight in Wisconsin. 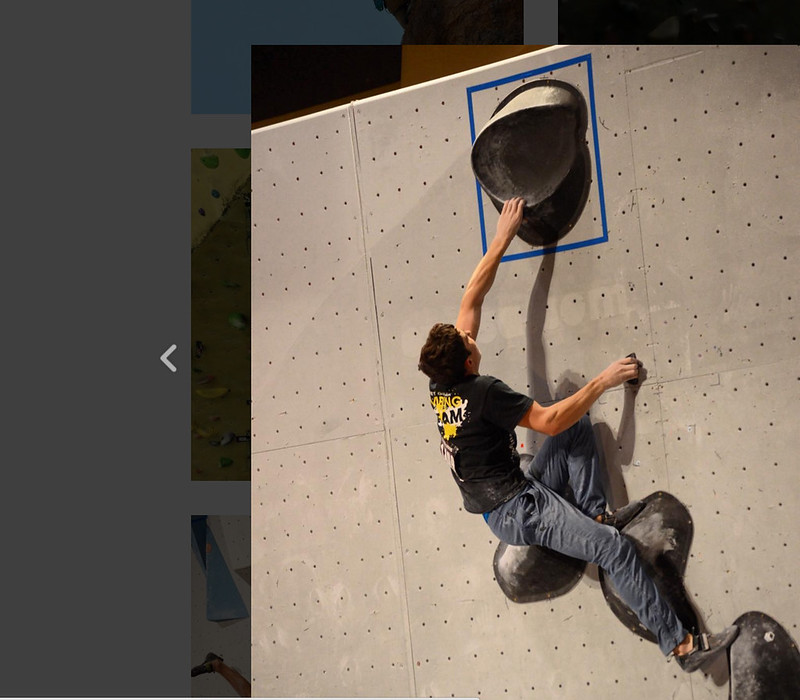 Sixteen PG Team members went to Nationals, a huge showing.   Here are the members of Team who took on the challenge of Nationals:

“Nationals for the first time was so great!” said Danny Seo. “I had a lot of fun with amazing/strong people. It was a very good trip and I got so much to learn. I had trouble with climbing because of my knee injury before Nationals, but I fought for it, and tried my best.”

“For me the best moment at this nationals had to have been meeting Alex Puccio again,” said Sam McQueen. “It may seem small, but it was a very exciting moment considering how good she is.”

“The best moment, in my opinion, was when Megan Mascarenas finished Women’s Final #3,” said Tim Kang. “She executed the most insane sequence with very little time left, and everyone doubted for a moment that she would send. The biggest challenge I had was probably just lack of experience. I hadn’t really been on such a big stage with hard, confusing movement. I learned a lot from the struggles, though!”

Congrats to Ross, who joins the U.S. Team and will compete in China:

“I’d have to say flashing the second problem really got my spirits up and gave me a lot of motivation to try harder on the third problem,” Ross said. “For me, the hardest part of any comp is getting in a mindset where I know I can flash all the climbs—but at the same time, not putting too much pressure on myself.”

“Being on the national team is awesome, as it gives me the opportunity to compete in China this November, which was my goal.”

Congrats to all the PG Climbing Team kids who competed in the USA Climbing Bouldering Series this season!  Wish them luck as they transition into their roped season and prepare to crush!