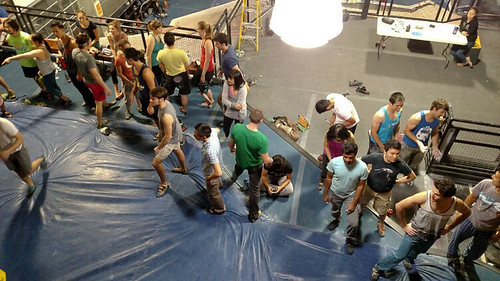 Our first week of Bouldering League was very literally a massive success! On opening night, anyone lucky enough to watch would have witnessed an endless stream of bouldering teams crushing hard across the entire upstairs area.

A mix of rookie and seasoned competitors have formed a whopping NINE teams for what is the largest outcome in Planet Granite San Francisco’s Bouldering League history! 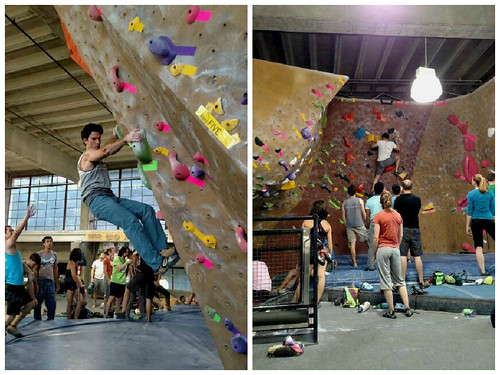 Before the competition began, amidst the team gathering, rule explaining, and slight confusion, decadent truffles were served among the crowd , foreshadowing triumph with dessert. In addition, a new fresh set of bouldering problems were unveiled for the opening night of Bouldering League.

As the night grew on, the popular problems were centered heavily around a balance-oriented orange V4, a strategic yellow and blue V6, and a gnarly orange and black V8 with a lie-back start that made it difficult for even the most advanced climbers to flash. The setters made it clear they weren’t going easy this time around! 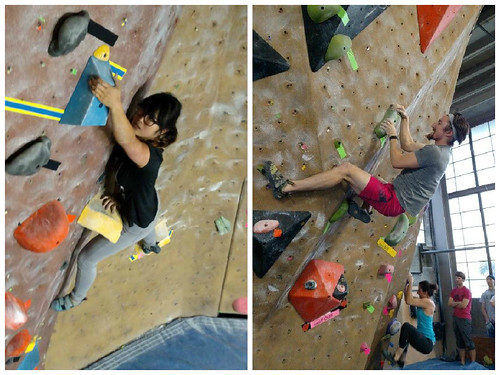 Aside from the typical friendly-competition attitude, team members also displayed an unmatched amount of camaraderie. Throughout the competition, boulderers were seen spotting strangers and shouting words of encouragement. Jokes were tossed and cruxes were crushed!

Only the first Thursday night in a series of four, and the psyche climbs high. Our next week kicks off this Thursday, the 30th at 7pm on a new set of climbs. While this session’s league is full, the climbs are open for everyone to try. Good luck teams!