PG Team has taken over our Instagram!  They’ll be showing off their best shots this week as they train for Sport & Speed National Championships, and this weekend when they put their skills to the test in Kennesaw, Georgia against the best young climbers in the country.
The takeover will be lead by team member Timmy Kang, seen below left at the Friction Series with teammate Sam McQueen, who will also compete at Nationals. 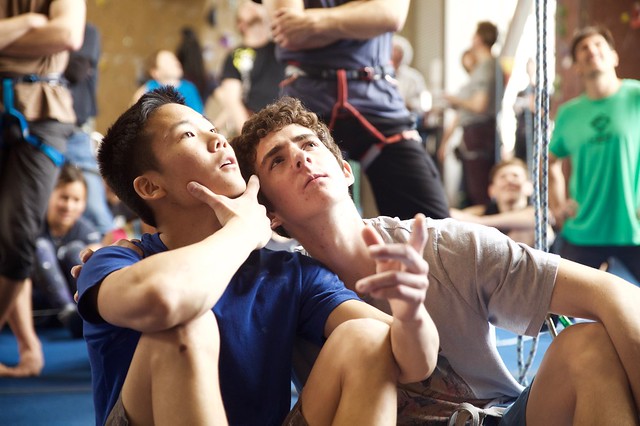 That’s not the end of PG/Nationals excitement: Our elite setters will be creating the routes!   Bay Area Director of Setting Bret Johnston is chief of the setting crew for this Nationals, and Portland setter Josh Haynes is also serving on the team.

If you’re curious about what goes into setting for the best, read this interview with Bret about exactly that! 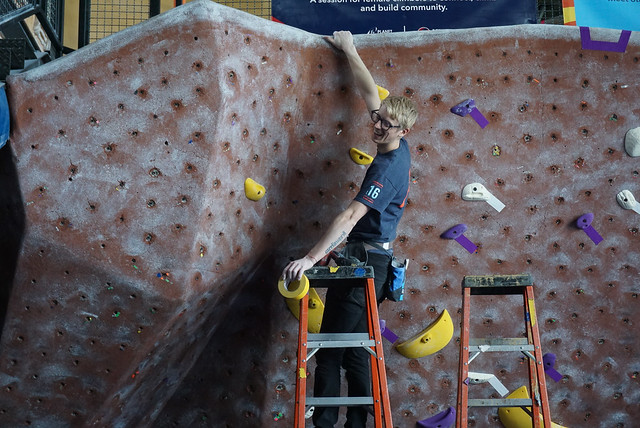 PG Team will be there as well with a solid contingent from the Bay Area and Portland.

First, a huge congratulations to our divisionals champs of their age groups who are headed to Georgia: