I’ve recently come to a sobering realization. I will never be as strong as I was in late fall of 2013. And I’m okay with that. It might seem like a strangely pessimistic outlook on one’s climbing career, but actually it’s just reality. I’m 28 years old and have been rock climbing 5-7 days a week for 14 years. Roughly half that time it’s been at what most would consider an elite level. While I still feel reasonably fit on a day to day basis, it would be patently false to suggest that I feel the same drive to train and improve my climbing as I did even 5 years ago. 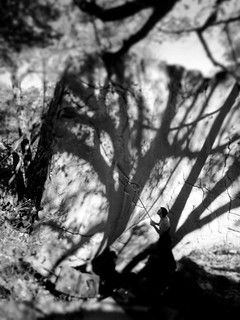 It’s an odd thing seeing the trajectory of your athletic abilities years in advance, but that’s exactly how I felt last fall. I foresaw my best climbing season months ahead of time, telling my girlfriend Clara that this was my year. In a two month span I climbed most of the bouldering projects I had in Yosemite, made quick ascents of hard problems on a short trip to Utah, and in a few tries put down what will probably remain my hardest climb, Direct North, to which I had previously climbed an easier finish, in the Buttermilks. Funny thing was, the entire time that I felt as great as I’ve ever felt, I knew I would not be able to maintain such a level of fitness. Everything had come together those couple months including being completely injury free for the first time since as far back as I can remember.

The 12 months since then have been incredibly up and down, not only in climbing psych and strength, but in my personal life, career, and mental well-being as well. Without delving too deep, I probably had what many millennials term a quarter-life crisis this year. It’s mostly since passed, and while most climbing goals haven’t held the same weight recently as in seasons past, several objectives have kept me going strong. One of the biggest projects I’ve had over the past 10 years has been a near perfect boulder problem in Little Rock City (Stone Fort), Tennessee, 20 minutes north of Chattanooga.

While I don’t get to climb at LRC as much as I used to when I lived in Florida during my first seven years climbing, it remains my favorite bouldering area in the country. Among the tightly packed boulders near the Montlake Golf Course, the far and away king line of the area is the Shield. This gorgeous world-renowned test piece was put up in 2005 by visiting Frenchman Tony Lamiche, who in a month’s time quickly dispatched most of the area’s best undone lines. My friends and I had ogled this problem ever since the area was opened to public climbing in 2003. In the printed booklet handed out at the Triple Crown competition at LRC that year, the boulder with the Shield-to-be line on it was named the Graham Boulder; apparently locals had sought to entice the indomitable Dave Graham to come try his namesake project.

While I was not a V12 climber during my time living in Florida, I certainly had multiple days of throwing myself at the Shield, which starts out with 7 fairly accessible moves before the very shouldery crux sequence. This winter I was excited to venture back to Chattanooga for a short trip to introduce Clara to the magic of southern sandstone, spend quality time with my sister Anastasiya, and try my hand at the line which has long been the preeminent one on my life list. 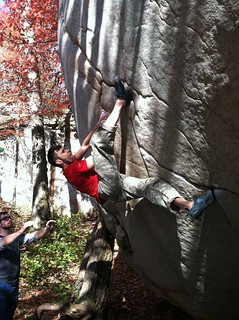 After two days of travel, Clara and I were picked up by ‘Stas at the Atlanta airport and we made our way north. We stopping by Rocktown in Northern Georgia to hike around in the misty forest at the top of Pidgeon Mountain at dusk. The two days immediately following had an unfortunate amount of rain in them; we went to a gym, hung out with friends, and got a lot of R and R in our hotel room. Finally after three days of waiting, Santa surprised us on Christmas morning with perfect climbing conditions in the mid-40s and plenty of sunshine. We warmed up slowly, acquainting ourselves with the minutiae of this fine-grained stone. After stopping by a handful of the moderate mega-classics, we wound our way to the back of the boulder field which houses the Graham Boulder.

It took a few tries to remember the bottom bit, but I was soon climbing into the crux from the bottom. With daylight quickly fading, I had a heartbreaking effort where the last pinch just escaped my grasp. A follow up attempt yielded regression, and I was forced to pack up and save it for the next day.

The weather for the rest of our short trip looked unpredictable and I was beginning to get a little worried. I slept well that night, and warming up the next morning I felt in tune with the boulders in which I grew up climbing. After supporting Clara and ‘Stas on their projects, I was starting to feel antsy and made a bee-line for the back of the field. Luckily, my friend John had already padded up the boulder and was giving it some attempts. I put my shoes on, felt a great calm, and climbed to the top of the Shield first try, emitting a guttural scream on the problem’s slopey finish jugs. The rest of our trip consisted of climbing some easier classics, getting owned on the immaculate slab Space, and going into a Candy/animal coma at our friend Nick’s house while playing a silly trust game called Avalon. 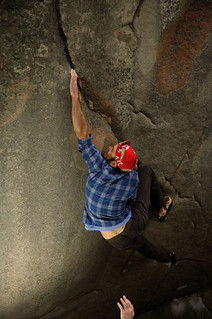 As I sit here on our cross country flight back to the West Coast, I was reminded of a documentary short series ESPN has released this past year called “The Finish Line”. These short documentaries have followed professional athletes such as Landon Donovan and Steve Nash in the twilight stages of their careers; what exactly happens when someone whose life revolves around playing a sport for a living nears retirement and what impact does it have on their well-being and self-worth? While I am neither a professional athlete nor am I planning on hanging up my rock boots any time soon, it’s been enlightening to reexamine my goals in climbing in light of greater life goals which are starting to take precedence.

We all age at our own pace and it’s true that many people I’ve known have only gotten stronger and more motivated well into their 30s, 40s, and sometimes even beyond. While I can’t say for certain how the next decade of my climbing will pan out, I do know that I’m learning to savor the little victories of accomplishing lifelong goals with as much fervor as ever. If I squint hard enough, I can see the finish line in the far off distance; perhaps if I slow down a little, the race will go on for many years to come.

ABOUT MAX – Max grew up on Gainesville FL, where he set a route the first day he ever climbed in the summer of 2000. Since then, he has devoted his life to crafting thought provoking movement in gyms and at competitions across the country. Having 14 years of high profile setting and competing under his belt, Max considers his greatest plastic successes to be making the US Bouldering Team in 2009, setting for multiple Youth Sports Climbing National Championships, and recently setting for the 2014 and 2015 Adult Bouldering National Championships. On rock, Max has bouldered V14, clipped up 5.14, and is probably best know for once foolishly trying to boulder a sport route…whoops! Aside from climbing, he enjoys watching and playing basketball, drinking craft beer, street fashion, and occasionally writing. Like a fine wine or an aged whiskey, Max’s routes require a refined palate to enjoy properly.