You may have seen the hashtags #BearsEars and #ProtectBearsEars popping up on Twitter this year. What’s it all about? To translate to Cimber-ese, Bears Ears = the climbing areas at Indian Creek…and much, much more in the southeastern region of Utah.

The name comes from two beautiful buttes that stand at attention watching over the region.

Besides Indian Creek, which is a world-renowned crack climbing destination, the area called Bears Ears includes a huge swathe of beautiful nature in Utah including a stretch of the San Juan river, plus archeological sites with important Native American artifacts. 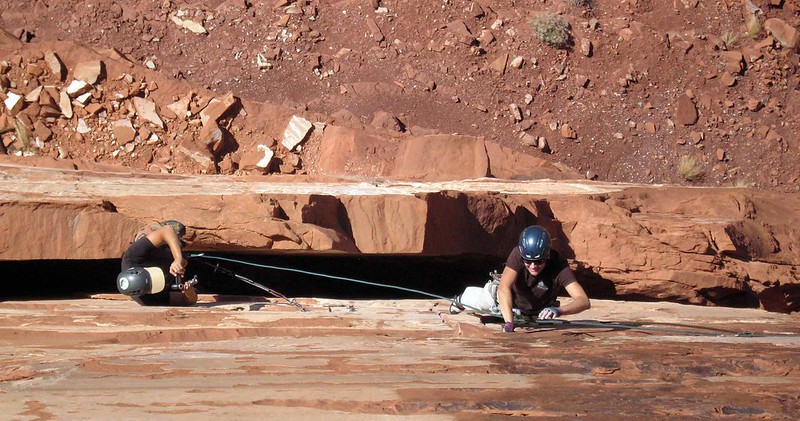 In recent years, historical areas have been disturbed and looted, and natural lands have little to no protection. There are now two competing proposals for preserving the land:

The second approach of a National Monument is supported by the Access Fund, which represents climbers nationally in efforts to preserve and expand climbing access at the local, regional and national level.  The Outdoor Alliance and Outdoor Industry Association also support a federal designation. Read their reasons why here. 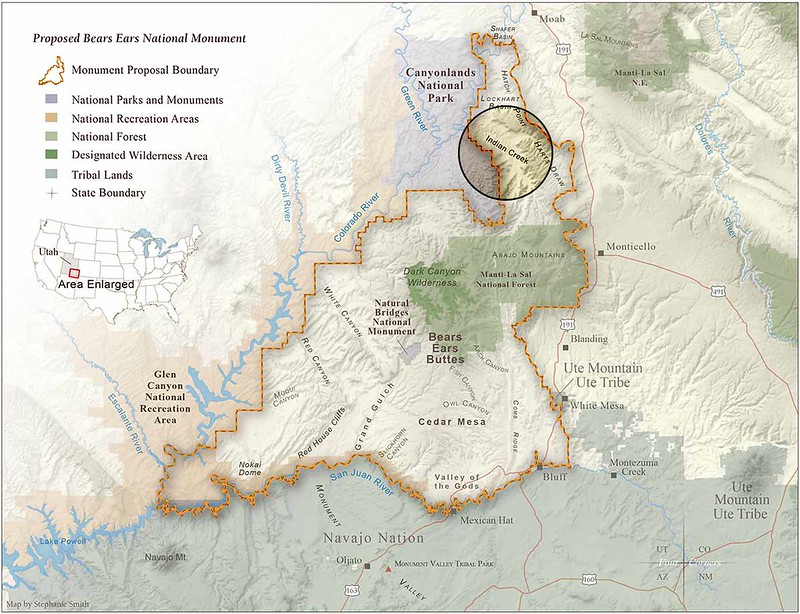 President Obama will decide whether to declare the area a National Monument by the end of his term in office, Secretary of the Interior Sally Jewell said when she visited Utah in July to hear statements from stakeholders.

The Access Fund and American Alpine Club have already reached out to their membership for testimony on the importance of Indian Creek, and submitted that to federal authorities considering the monument proposal.

We talked with the Access Fund’s Jason Keith, a resident of Moab, Utah who founded the group Friends of Indian Creek in 2008, about the issues involved with the Bears Ears proposals, and how climbers can push for the land to be protected.

PG: Thanks for taking the time to talk, Jason. What’s the current state of things in the areas around Bears Ears?

Jason: Eastern Utah is getting loved to death and is grossly under-resourced. Some areas are also having cultural resources looted and generally are overrun by many in the recreation community. This is due largely to the fact that at the (Bureau of Land Management) Field Office they have only two law enforcement rangers to manage tens of thousands of annual visitors on two million acres.This visitation includes all the climbers coming to Indian Creek and other remote places like Valley of the Gods, but also the popular boating on the San Juan River and archeology enthusiasts coming to Cedar Mesa visiting its thousands of cultural sites.

The place clearly needs more management resources and has long suffered from very low Congressional funding, especially (considering) it has such extremely high value to Native and recreation communities.

In all the places I’ve worked with the Access Fund, the region is by far the most undervalued in terms of federal support and just basic funding.

PG: Why does the Access Fund support a monument designation instead of the Public Lands Initiative bill proposed by state congressmen?

Jason: We would rather the bill succeeded but also recognize that this bill has a very low chance of being passed in this (session of) Congress. While we remain committed to improving the legislation and we believe legislation is the best way to solve these problems, if the bill cannot be passed this year, we feel strongly that the Bears Ears monument area needs to be permanently protected. We’re not willing to do nothing.

What the Access Fund has been doing is urging the administration and Department of Interior to include “climbing” in the proclamation that establishes Bears Ears National Monument–if it happens. We’d like the declaration to acknowledge the world-class recreation that exists at Bears Ears now, and that it can be a means for the public to experience the objects that are to be protected in the proclamation under the authority of the Antiquities Act.

In a monument plan, we know that climbing as an activity won’t be prioritized at the same level as cultural resource protection. But what we are saying is that these are world class areas, and climbing is a means for the public to experience the amazing desert landscapes that are being protected under the Antiquities Act.

But we are also committed to continuing working with Congressman Bishop to improve his PLI, which (will probably cover) six times the acreage that the national monument would protect. We still have a very strong interest in climbing, recreation and conservation at areas outside the proposed monument footprint, places like Castle Valley and San Rafael Swell.

Next year, regardless of what happens, we still want to be constructive partners in land use decisions affecting conservation and recreational access in eastern Utah. 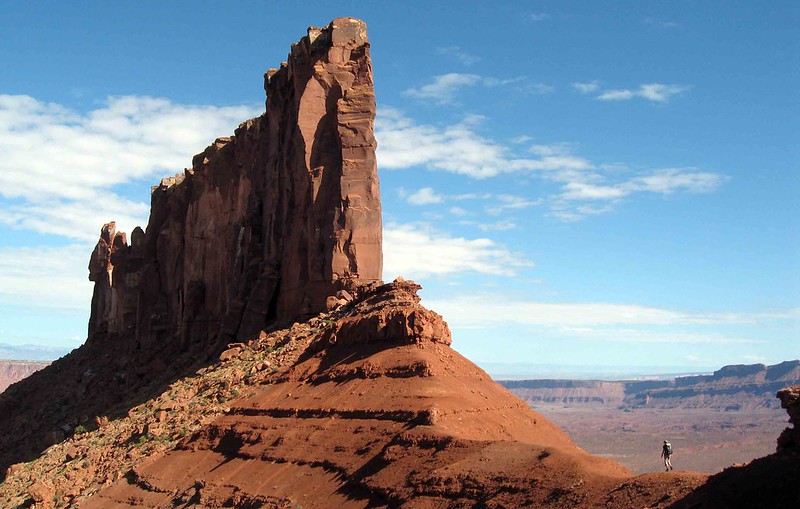 PG: How do the climbers you talk to feel about this issue?

Jason: We just had a meeting of climbers here in Moab talking about the issue. We’ve heard consistently that climbers want this area to be permanently protected.

Climbers also have a wide range of opinions on both the Public Lands Initiative and the Bears Ears National Monument proposal. While there’s different opinions on how to protect this place–from a monument, to the existing Public Lands Initiative, to an improved (bill), to even just increased funding for federal land management–no matter what the mechanism, what we’ve heard clearly is that this land should be permanently protected.

PG: How can climbers take action to help preserve the land?

Jason: There are several routes for climbers to speak out and get involved on all of these proposals in the next few months.

If you want you improve the Public Lands Initiative, contact the offices of Congressman Bishop and Congressman Chaffetz. They’ll likely hold a congressional hearing in September, and once it’s announced, you can submit testimony to be considered.

If you support the Bears Ears National Monument, you can contact the Department of Interior. Unique letters from individuals are always given the most weight by them.

If the Public Lands Initiative bill doesn’t get passed by Congress by the end of 2016, what we’re saying to the administration is we think a monument should be strongly considered as the only viable way to bring permanent protection to the world-class landscape.

Department of Interior contacts are here: 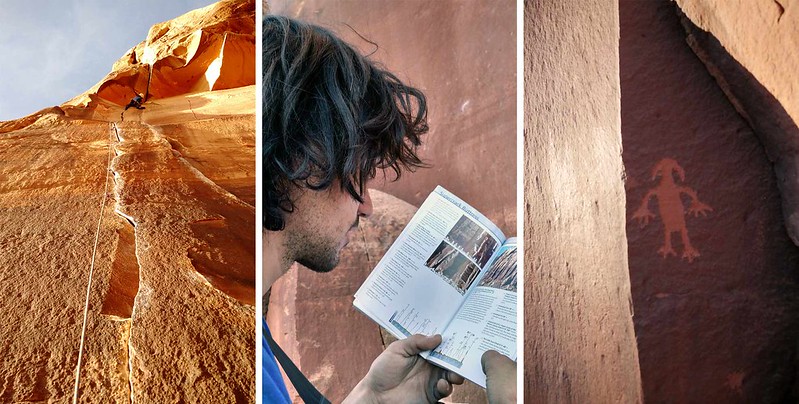